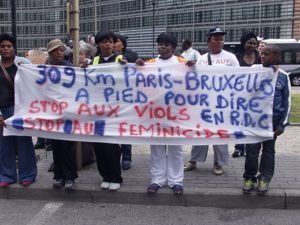 2011: Congolese women march from Paris to Brussels to protest against rape in the DR Congo. Photo Réveil FM International

Denis Mukwege was awarded the prize jointly with Iraqi activist Nadia Murad, a member of the Yazidi community who was enslaved and raped by members of the Islamic State group.

“It is in the name of the Congolese people that I accept the Nobel Peace Prize. It is to all victims of sexual violence across the world that I dedicate this prize,” said Denis Mukwege in his acceptance speech.

“…I come from one of the richest countries on the planet. Yet the people of my country are among the poorest of the world.

“The troubling reality is that the abundance of our natural resources – gold, coltan, cobalt and other strategic minerals – is the root cause of war, extreme violence and abject poverty.”

Below are links to Freddy Mulongo’s dispatches from Oslo, on the “Reveil FM International” (International FM Awakening) site. In French only.

Denis Mukwege in Oslo: “In the name of the Congolese People”

Our thanks to King Harald V, Queen Sonja and the Norwegian People 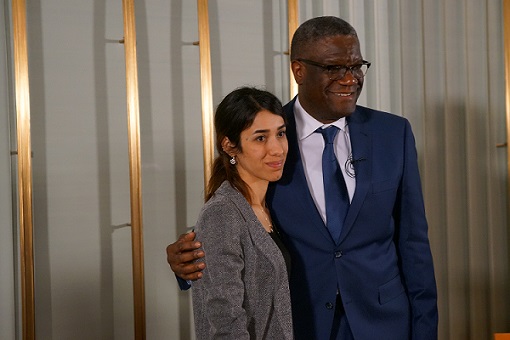 Nadia Murad and Denis Mukwege at the end of the press conference. Photo Réveil FM International