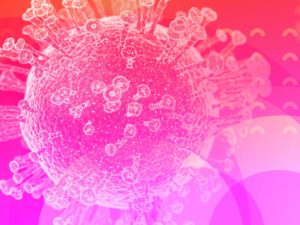 The Quaker Council for European Affairs (QCEA), located in Brussels, organized a webinar on 12 June about the implications of measures taken during the COVID19 crisis on our civil liberties, and on the outlook – both positive and negative – of changes which may be expected in a post COVID19 era.  A dozen presenters spoke in this on-line event from both their personal experience and based on some 150 contributions that have been collected via the QCEA website (qcea.org ).

Read these contributions to the debate dealing with the risks from these laws and measures of exception and how they may trample on our civil liberties.  Or how the militaristic rhetoric used (such as “Nous sommes en guerre”) or that which is xenophobic in nature, targets people who are already vulnerable and marginalised.  Other testimonies underscore the waves of solidarity shown in European countries.  As well as ways forward to be explored as we pull out of the crisis to become greener and act in greater solidarity, such as the campaign:  Build Back Better.

The QCEA is also working for greater financial solidarity amongst European States and will continue to play its role of Quaker lobby in pushing for a reorientation of the EU budget, currently under discussion.